Frank's love of art was instilled in him by his family at an early age. His grandfather and father were accomplished artists from Naples, Italy and inspired him at an early age. Born and raised in the Bronx of New York City, Frank's love of baseball inspired him to draw famous baseball players at the age of six. In adulthood Frank began a career in Real Estate, which gained him many contacts in the Interior Design industry. He would be commissioned to paint murals and other forms of art when contacts would learn of his artistic skill. Frank's talent was readily recognized and word spread as he started to build an impressive client list that expanded beyond New York State. After being commissioned by Céline Dion for artwork at her South Florida home Frank realized his artistic talent could allow him to pursue his passion for art full time. Frank moved to Florida's Space Coast in 1984, where he has worked steadily at his craft ever since.

Frank is commissioned for his unique artistic style and can create anything you can imagine and bring it to life. And his art usually exceeds far beyond anyone’s expectations. Frank has been commissioned for work all over the world. His work can be seen in many cities of the United States as well as Italy, France, Germany, Canada, Argentina, Japan and the Philippines.

Frank developed a technique of sculpting simulated masonry that turns ordinary stucco into beautiful simulated brick or stone. He had been working consistently on homes on Florida’s west coast for some time when he was introduced to his wife Cindy, by a client in 2014. Cindy relocated to Florida’s east coast to make it her home when the couple was married in 2016, and often travels with Frank wherever his art takes him. 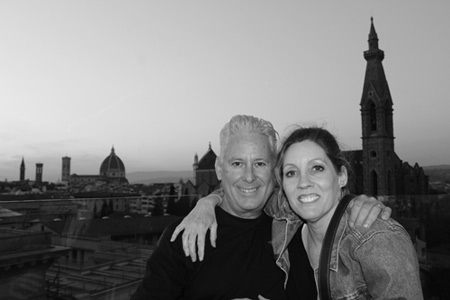